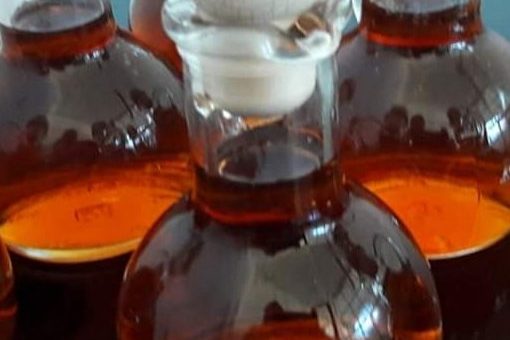 Colatura di Alici is a typical food from Cetara, a tiny fishing village on the Amalfi Coast, a place with a very old tradition of fishing, especially anchovies and tunas. During the centuries, the people from Cetara developed a very particular way to preserve anchovies, that brought to the production of the Colatura di Alici, the Anchovy Extract.

Colatura di Alici is an amber colored liquid with a very intense scent and is actually an excellent seasoning for several culinary recipes.
For centuries it remained a local product, used only in the village of Cetara, where almost every family processes the anchovies to make their own colatura di alici.

Few years ago a chef used the anchovy extract to cook a dish during a tv show, and since then the colatura di alici is becoming more and more popular even out of the town of Cetara.

The origins of Colatura di Alici

The anchovy extract has ancient origins. It is condisered to be the modern version of one of the most popular roman foods: garum.

Garum was obviously very different from colatura di alici, as it was composed of fish and spices (herbs, garlic…).

The Romans used to make several varieties of garum, each one named with a particular letter or number.

Anchovy extract comes from the maturation of anchovies using salt.

So the result is totally different but the inhabitants of Cetara like to remark the ancient relationship of the colatura di alici with one of the most consumed roman food.

How the tradition started.

The most accredited theory says it was discovered by chance in a storeroom of a convent in Cetara.
Being Cetara a fishing village, fishermen used to bring part of the catch to the monks out of devotion.
Monks used to preserve anchovies in salt, a very old tradition in Cetara.

They say that one year the catch was particularly plentiful and the monks received a big quantity of fish (anchovies). One of the jars used to store the anchovies in salt was left in the storeroom of the convent for several months and when it was opened, a monk found some liquid in it.

He decided to taste it and found out it was salty but pretty tasty, so he started using it in his recipes instead of salt.

Of course the technique has been modified and improved over the centuries and nowadays the anchovy extract is a valid ally of the cooks in Cetara and the rest of Italy.

Thus it became more and more popular in the village, and every family uses to make its own colatura, it is also used to cook the traditional main course of the Christmas’ eve dinner: Spaghetti with Colatura di Alici.

The most important thing, of course, is the quality of anchovies: they have to be the finest quality, local and fresh.

The local anchovies, caught in the bay of Salerno, are the only one used to make the anchovy extract as they have a particular taste. They live in deeper water and are slightly smaller compared to other species.

Living in the deeper and more salty water, as the one of the bay of Salerno, their flash is more tender and tasty; “conditio sine qua non” to obtain a fine quality anchovy extract.

Head and innards are removed and the anchovies are put in a wooden tin with grain salt for 24 hours.
This is very important because in this phase the water in the flesh of the anchovies comes out by osmosis.
Next step is putting the anchovies in a smaller wooden tin called “terzigno”, alternating a layer of anchovies with a layer of salt until the tin is full.

Then the top of the terzigno is closed by a disc of wood, with a stone on the top (that presses the content with its weight).
Next step is the maturation. It takes at least 6 months, but some producers let it last for 3 years and beyond.

Using a tool named “vriale” they make a hole at the bottom of the terzigno, and the liquid starts to leak (in italian: “colare” means leak, and is the root of the word “colatura”).

Are you looking for a good recipe to use your anchovy extract?
This is a quick and easy recipe: spaghetti with colatura di alici

Cook the spaghetti in abundant boiling water with no salt, until they are al dente.
While your’re cooking spaghetti, pour olive oil and colatura in a bowl, adding parsley and sliced garlic. Add some spicy peppers, if you like, I love it. Then gently emulsify all the ingredients.
Don’t forget to add a couple of spoons of the water used to cook spaghetti, the starch in it will help to make a nice creamy mix.
When pasta is al dente, add it to the other ingredients and mix everything together.
No need to cook the colatura, it’s ready to use as it is.
Buon appetito! 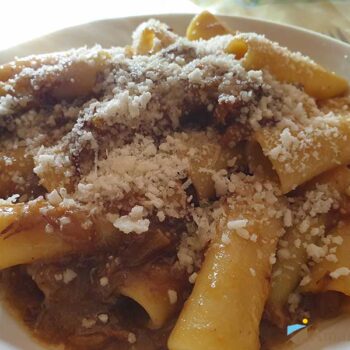 Scroll
We use cookies on our website to give you the most relevant experience by remembering your preferences and repeat visits. By clicking “Accept All”, you consent to the use of ALL the cookies. However, you may visit "Cookie Settings" to provide a controlled consent.
Cookie SettingsAccept All
Manage consent

This website uses cookies to improve your experience while you navigate through the website. Out of these, the cookies that are categorized as necessary are stored on your browser as they are essential for the working of basic functionalities of the website. We also use third-party cookies that help us analyze and understand how you use this website. These cookies will be stored in your browser only with your consent. You also have the option to opt-out of these cookies. But opting out of some of these cookies may affect your browsing experience.
SAVE & ACCEPT